Context/Pre-Conditions: “MBT” is applied, perhaps also “MBT with Test Model Analysis”, and a test case caused the SUT to fail.

To consider: Nothing in addition to those already listed for pattern “MBT” and “MBT with Test Model Analysis”. 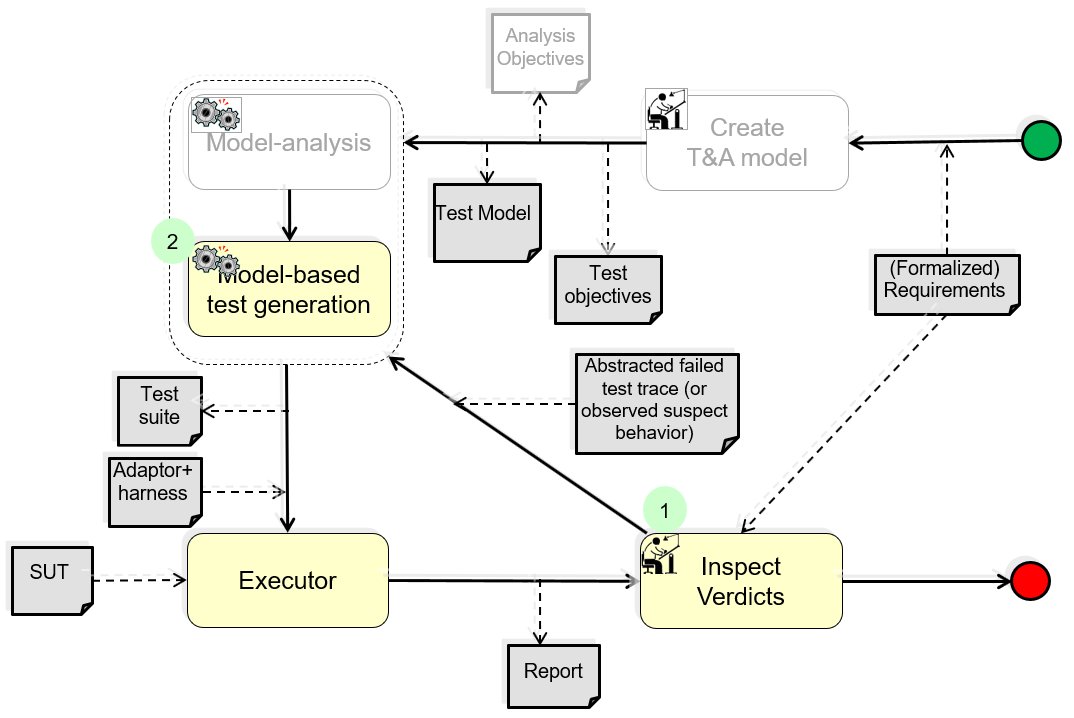 Only those are described here that operate in addition to those described in “MBT”.

(2) The test case generator generates new test cases in the „neighbourhood“ of that test returned from the verdict inspector. The neighbourhood may for example be defined as the set of paths found by choosing alternative outcomes at branching points in the original path [Peled, in FME 2001]. Alternatively, a small “trace distance” could be considered.

– According to observations and the coupling theorem, faults are usually not equally distributed over a software, but clustered. Hence, with that method it is likely to find more bugs with rather little effort.

– It is of course possible, that it is an isolated fault. Then, this pattern causes redundant effort, but this additional effort is usually low (of course, execution of test cases may be expensive).

– If another test case fails, the pattern can be applied again. Of course, it should then be avoided to retest an already generated test.

– If test cases are not generated from the test model, check that error trace /failing test is valid in the model.

T&A Model Engineer: The T&A model is constructed by the verification engineer

Test Objectives: Verification of the model or system under test. If faults are detected the location of the fault shall be automatically highlighted in the T&A model

Test Suite: The generated test suite generally containing long test cases is used as a stimuli for the SUT

Test Executor: The tests are executed and failing results are fed back to the TC generation tool, which will reduce the generated TCs in order to trace down the source of failing to a minimum set of model elements