Purpose: The intent is to avoid re-running an analysis technique that could be expensive in terms of execution time. After running the model-based safety analysis on an implementation model, a fault combination leading to a system failure is generated. This CEX is the starting point for this A&T pattern.

The MBSA should normally be run again to assess whether the safety mechanism mitigates the given fault combination. Since the MBSA can be quite time costly to run, the pattern proposes to make use of the generated counter-example. The pattern suggests to perform a simulation of the counter-example generated by the MBSA on a system model injected with faults. Hence, if the modifications introduced to the system are not sufficient for reaching the safety goal, this can be discovered prior to running the MBSA another time. 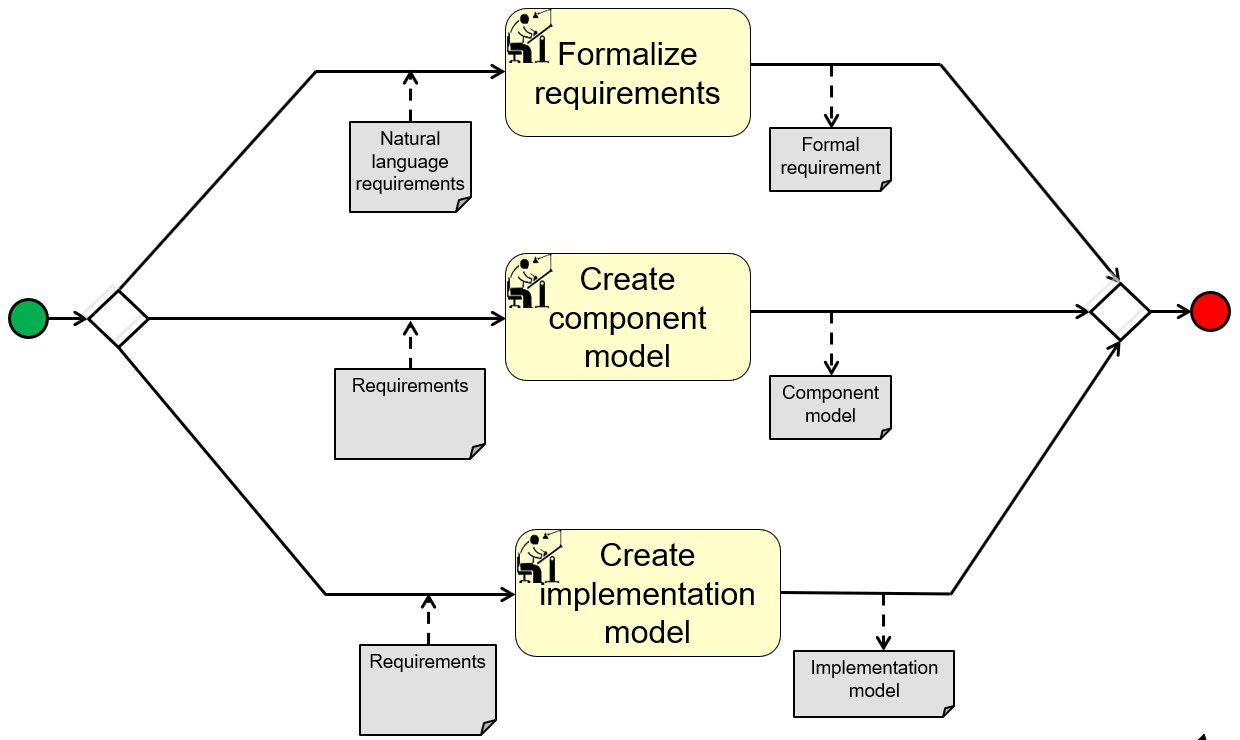 – In the form of contracts

– In a form of an RSL (requirements specification language, e.g. the OFFIS RSL)

(1) The engineering models are created on the basis of natural language requirements.

(2) The MBSA workflow is performed and the outcomes of the analysis are generated.

(3) The safety engineer assesses the results for safety requirements violation (caused by the injected faulty/dysfunctional behavior).

(4) The system designer will modify the system according to the analysis results, e.g., by introducing new safety mechanisms.

(5) Faults are extracted from the counter-examples generated by the MBSA and are injected in the system model.

(6) A fault-simulation of the extended system model is performed.

(7) If the fault-simulation shows that the introduced changes are not effective and the top level event can still be triggered by the CEX, step 4 needs to be repeated.

(8) If the faults simulation results in a failure start from 7 again. Otherwise, the test is successful and the MBSA can be run on the updated system.

– The pattern reduces the analysis effort by supporting it with faults simulation.

– It does not reduce the analysis effort for new injected faults.

– The pattern supports the static analysis of the effects of a set of malfunctions on fufilling a safety property. In case additional malfunctions need to be analyzed, the pattern should be re-applied.

We use cookies to personalize and improve your experience. By continuing to use our website you consent to this.Allow CookiesDeclinePrivacy policy
You can revoke your consent any time using the Revoke consent button.Settings